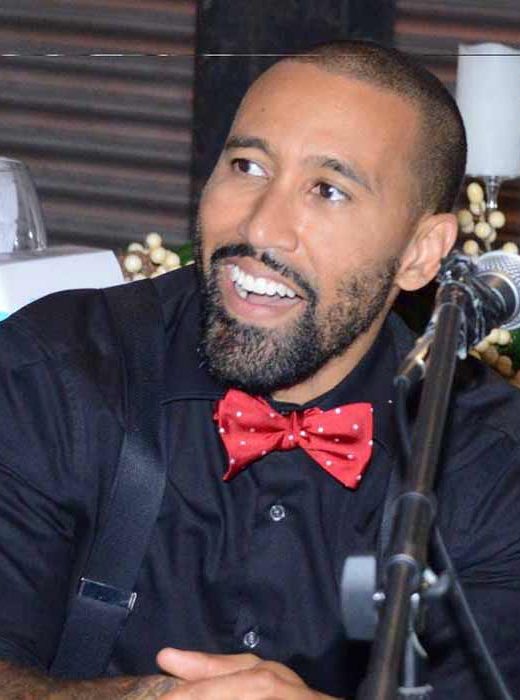 Jea Street is a singer/songwriter born and raised in Wilmington, Delaware. Jea was inspired to become a musician during his Freshman year at Morehouse College when he joined the Morehouse College Glee Club. Jea entered Morehouse to become a doctor, but was so inspired by the power of music he witnessed that he dropped all of his pre-med classes during his sophomore year and began to take music classes for the first time. After graduating from Morehouse with a Bachelor’s degree in psychology, Jea went back to school at University of Delaware where he studied music composition full-time. Since finishing at the University of Delaware, Jea has been involved in many different facets in music.

Jea has sung professional operatic and broadway roles, produced a hip-hop album, and recorded several of his own projects. Currently, Jea helps Head Start teachers to integrate music into their teaching with the Wolf Trap program. He is lead singer in two different bands, and in is the process of completing a new recording project entitled “The Sit Down” which will be released in the late summer of this year. Jea‘s main inspiration is his family, his community, and the high standard of artistic achievement set by great artists before him such as Duke Ellington, Donny Hathaway, and Quincy Jones.